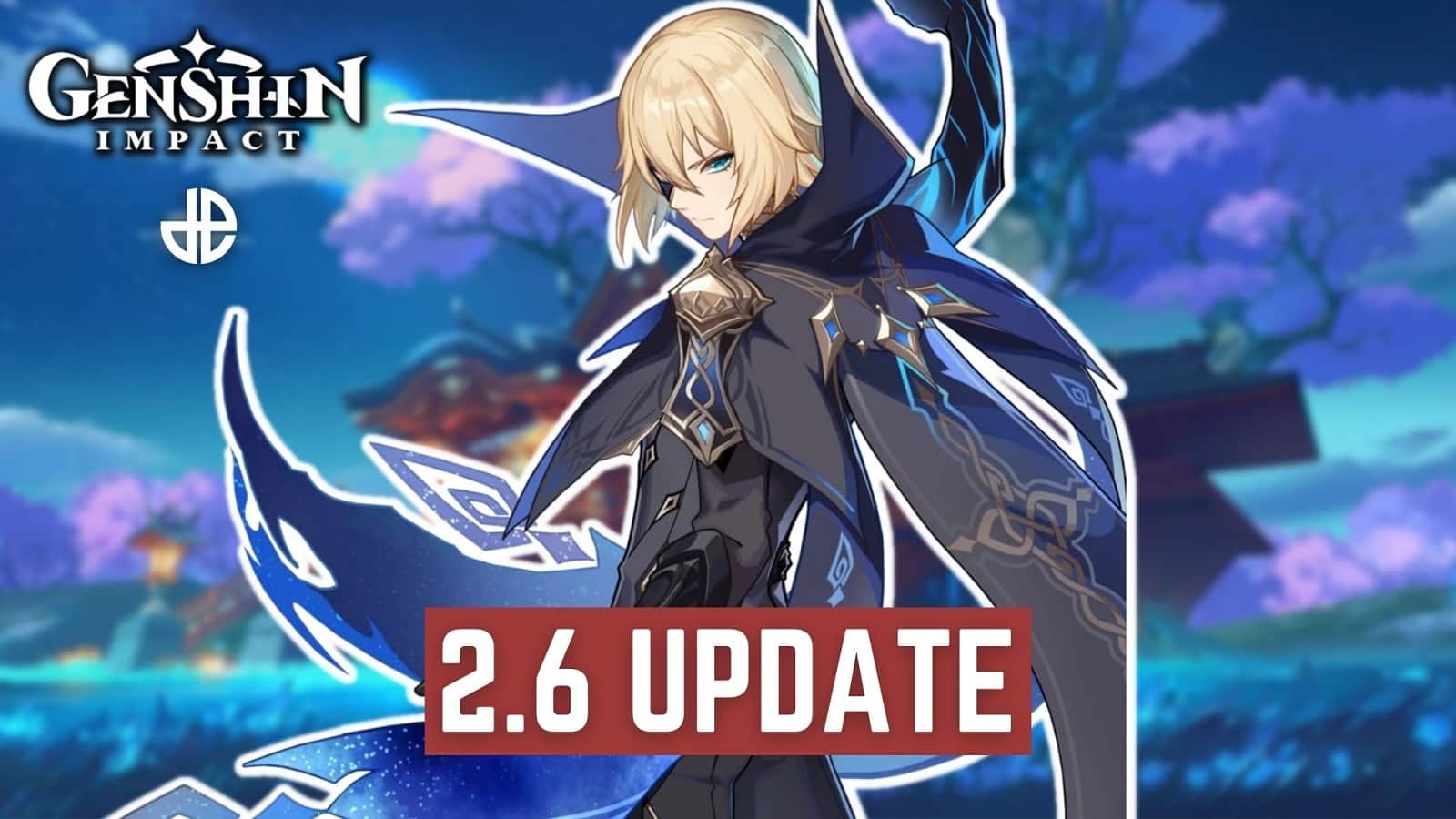 Genshin Impact’s 2.2.6 update, Ziphyr of Violet Evergarden is on its way. On March 30, Kamisato Ayato, a Boba-sipping five star cutie, will be joining the party. This is good news for those of us who have Primogems to give the Kamisato clan chief. Developer HoYoverse, however, has much to celebrate with the addition of The Chasm in Liyue and a special Inazuma Festival, as well as new story bits for Dainsleif.

The Genshin Impact special program stream provides HoYoverse with a preview of future goodies, but not enough to provide detailed patch notes. Although it was obvious that Ayato and The Chasm were coming, the broadcast gave more information about the event’s schedule. This included Theater Mechanicus returning, a cute floral arrangement game, as well as duels with sword-wielding men who change traditional battle mechanics. These big beats can be quite heavy, so let’s see what you might have missed.

Hydro specialist Kamisato Ayato debuts with a five star banner in 2.6. My busted go-to Anemo Archon Venti will also accompany him in a separate run. Genshin Impact does a great job making all characters work. However, I will never stop recommending a Venti banner to allow for more freedom when exploring with his kit.

Ayato’s addition to the roster will mean more story quests. After the Sakoku Decree’s abrogation, Custos Chapter Act I dives deep into the young lord’s leadership issues as Inazuma ushers the dawn of a new era. Genshin Impact’sstory is a favourite since its inception, but Inazuma’s twists increased the emotional sting in ways that I still regret. While I would love to return to the area, I am also excited to see Ayato enjoying Boba.

The Chasm and Ruin Serpent are the Rewards

HoYoverse showed the Chasm in version 2.4’s stream. This is a dark and ominous area of Liyue where the nation gets most of its ore supply. Zephyr from the Violet Evergarden opens that area to Travelers. It includes a new boss and equipment for exploring.

The Lost Valley is a domain that rewards artifact sets Vermillion Hereafter or Echoes Of An Offering. This is another recommendation in the early Ayato guide. It offers an 18% ATK boost with a 2-piece set, while 4-pieces can trigger a normal attack bonus through Valley Rite.

Ruin Serpent is another boss who also lives down here. Although the Special Program did not reveal much about the fighting mechanism of this beast, it is quite intimidating. This guy is giving me spooky Shadow of the Colossus sand serpent vibes.

After I had spent so much time swooning at Ayato, Genshin Impact’s2.6 patch was made for me. The Chasm will see Dainsleif return with the Archon Quest’s next chapter, Requiem of the Echoing Depths. For ages, I have been screaming for this man’s return.

Official description of the new zone highlights its violet-red soil and unique fluorescent life. It also attracts more hostile forces such as Treasure Hoarders or Fatui. The Ruin Serpent is surrounded by a number of other Abyssinian invaders.

The trailer’s story section is dominated by Dainsleif, and his last line gives me goosebumps. I look forward to more information on the twins and any Khaenriah revelations.

The Irodori Festival, and 2.6 Events

Hues of the Violet Garden celebrates Inazuma’s Irodori Festival in four parts. It’s a recreation of activities from past patches. We are required to complete various game modes in order to receive rewards, and then we will be given more resources for our overall achievements.

Four-star hydro user Xingqiu will be rewarded for meeting certain criteria. He also receives the usual haul Primogems and Mora as well as the usual talent books, Primogems, Mora, and other rewards. Ley Line Overflow will be returning with the patch; this is an event where outcrops multiply their rewards multiple times. We have the recap for Irodori modes, and other events.

Theater Mechanicus was previously seen in Inazuma, and in Liyue at the Lantern Rite Festival. It’s a G Enshin Impact twist on the tower defense formula and the latest version includes new features for Stage of Brilliance. HoYoverse has introduced Fortune Sticks this time, which are special modifiers to tower attributes such as elemental damage and other special effects.

The Moon and the Stars Inscribe

Inazuma’s festival events reward me for what I love most. Players get Primogems in exchange for their screenshots. Mondstadt’s bard needs some help to get his words flowing. Travelers will take photos of Inazuma landscapes that inspire them and then help them complete their work.

Genshin Impact has gotten crafty yet again. This time, we’re playing florist. Kamisato Akayaka, Floral Courtyard sponsor, hosts an event about beauty where Travelers are asked to create arrangements for the Serenitea Pot. HoYoverse will allow your Courtyard designs to show up in player-housing exactly the way you have arranged them.

Clash of Lone Blades is a new battle challenge at the Irodori Festival that pits the Traveler against different swordmasters each day. The Traveler is forced to learn new skills while their enemies sharpen their skill sets.

Spices from the West

Inazuma’s four festivals are just one of the temporary new modes available in 2.6. Spices from the West lets us cook again, with a new recipe each day, and perhaps some trial and error. You’ll get more resources from recipes that are successful if you find the right mix of ingredients. Pay special attention to the arrows in the pressure cooker.

Travelers will encounter a Fontaine researcher who is studying the crystals in The Chasm. This is where the challenge lies: determining how transmission and receiver gems connect, as different combinations can trigger different battle effects. Parties will be able to complete battle challenges according to their choice of conditions after adjusting the Vibrocrystals.

The Lens is the Canvas.

Two events in which I trade screenshots for Primogems Easy. The only thing that is difficult about Inside the Lens, Outside the Canvas, is taking photos beyond Inazuma. The Genshin Impakt livestream described the job as a little more relaxed than the rest. Given the increasing list of things to do, I’ll accept it.