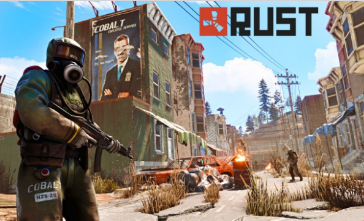 Rust was updated with a new content update in celebration of the Console Edition’s one-year anniversary. The update was already available in the public testing branch of the game, and is now available live. The gameplay will be even more exciting with the addition of rowboats and fishing villages.

Players Can Now Use Kayaks

Kayaks are a great way to get to the Oil Rigs. The Blueprint for the Kayak and the Paddle can be purchased. If you are looking for a way to fish, kayaks can be found in containers located around the map.

You can catch many fish with the Fishing mini-game. It all depends on where you live and what bait you use. Different fish can be found in different places, such as rivers, lakes, or ocean shores. Some of these fish are only possible with the right bait. You can either cook the fish or sell it at one of the vending machines in the Fishing Villages after you have caught it.

Rush will release a special skin to celebrate their one-year anniversary. The skin will be free for all players and we will soon reveal more information.