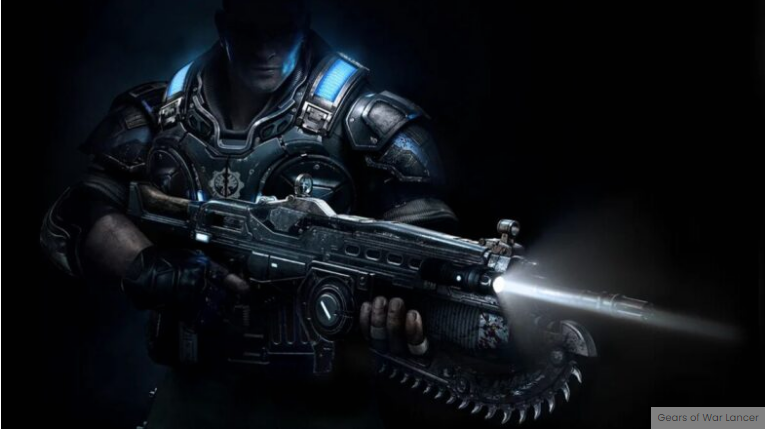 Gears Of War’s Lancer is the best weapon in gaming

Gears Of War’s Lancer is the best weapon in gaming.

The Gears of War series is an excellent option for grimdark fantasy fans. These similarities are evident: a bunch of fat lads murdering humanoid creatures under the control of a fascist government using weapons capable of causing a lot of blood, guts, and gore.

Many instruments of death in the Gears of War series can cause havoc. The Longshot is a great sniper rifle, and the Gnasher shotgun is the most popular weapon in twitchy, wall-bouncing, one-hit-kill multiplayer. The Lancer is the Gun that Started It All: However, it’s the Gears series’ real star.

The weapon looks very different at first glance. The weapon is your primary assault rifle. It has a large clip and decent fire rate. While it can’t blast Locust like other weapons, it’s a reliable and versatile weapon you can use in an emergency. You can nail an active reload by sticking a full clip in a Boomer, and it will come down faster than you would expect.

This gun is ideal for medium- to long-range, cover-based engagements. Gear is a master in this area. Gears 101 is about hiding behind cover and then bursting out to pepper a fleeing Locust with bullets before retreating to safety. The Lancer perfectly suits this job. The attachment beneath the foregrip makes the Lancer a truly S-tier weapon. It’s the chainsaw bayonet.

Bayonets worn underneath rifles were a common feature of trench warfare. This was a way to storm the enemy lines headfirst. It’s wise to make a bayonet stand out in your cover-based shooter. Gear is a slick piece of sci-fi media. The bayonet comes as a chainsaw, which would envy Leatherface.

The Lancer’s Chainsaw Bayonet is a one-hit kill that makes this rifle popular for Gears Online players. It allows you to inflict some severe damage up close. You can also decorate the area with a lovely shade of red. Over the years, the Lancer’s chainsaw has been reduced in size. While it can be pretty impressive to revive the engine, the sound can be alarming. However, there are few pleasures better than cutting up an enemy with a chainsaw.

The Lancer has seen many improvements over the years thanks to the series, including chainsaw duels that add tension to once-confirmed kills. While redesigns such as the Retro Lancer and the Lancer Grenade Launcher have improved upon the design, it’s important not to forget your first. Gears of War’s Lancer is worthy of a place in the videogame weaponry Hall of Fame.

Gears Of War’s Lancer is the best weapon in gaming